The New Perils of Leveling Through Alliance Raid Roulettes

One of the main strategies that I used while leveling new jobs in Final Fantasy XIV is to do a handful of daily roulettes that usually give a lot of xp and other rewards.  The ones that I do every day for jobs over 50 are the MSQ, Frontline and Alliance Raid roulettes.  With Endwalker, leveling jobs from 80-90 using the Alliance Raid roulette contains a bit more risk now because of the likelihood that you could pop up a one of the Nier Automata crossover raids from Shadowbringers 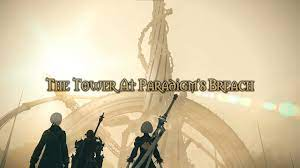 Maybe it's because I've done the older alliance raids a lot more, but the Shadowbringers Alliance raids all just seem to have a much higher level of difficulty than the alliance raids from previous expansions, as well as taking probably about 15 minutes longer on average.

Paradigm's Breach seems to pop a lot, so I'd encourage folks to watch the video for that one a few times before doing alliance raid roulettes between 80-90.

One advantage to getting this raid, is if you're working on gearing alt jobs, the gear that drops in Paradigm's Breach is relatively just as good as the Cryptlurker gear that you can buy with Poetics, so it's also a decent way to stock up level 80 gear for alt jobs.

I finished all of my DOH jobs last week as expected.  I now just having Fishing to complete in order to be completely done - just waiting for the time to do a few raids out of Limsa, which should finish that up pretty quickly.  I'm also sitting at level 89 on my Dancer, so expect to start on Bard by tomorrow, and then will finish up on White Mage.  I may take some time off from leveling these guys from 80-90 in order to grind up some Astronomy tomes on my Summoner so I can grab the 590 weapon after I finish my 7th run of Pandaemonium.  Although that will probably only actually take a day or two.

Most of the other jobs that I'm working towards 50 are sitting around level 44 / 45, other than DRK which hasn't moved since the last update.

That's about it for now.