It has been a rather long time since I've posted here.  Things have gotten extremely busy in real life, and keeping the blog updated has taken a bit of a back seat.  I'll cover World of Warcraft first, because that piece is fairly short.

I managed to finish getting to Exalted with the Korthia faction, and have pretty much put my World of Warcraft playtime on hold while I wait for Dragonflight at this point.  The plan between now and when the pre-patch hits is to focus on leveling additional jobs in FFXIV.

In FFXIV, there is quite a bit that I've accomplished.  I managed to get both the Astrologian and Red Mage to level 90.  While I don't enjoy Red Mage as much as I like my Summoner, it was still a fun class to play.  I'm not sure I'll be doing much else with it, but I have enjoyed the leveling process.  It does make me wonder what the point is of leveling each job to max level, but I'm still working through that. 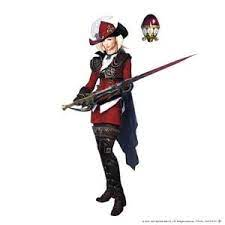 My futility at the housing lottery continues as well.  And probably will for the foreseeable future.

I also managed to get the full set of raid gear finished up from Abyssos, so now my Summoner is pretty much maxed out on gear for the stuff that I enjoy doing.  I also finished up the latest installment of the Tataru questline, which has you going back to work with some old friends (assuming you did a particular piece of alliance raid content).

I'm now working on Reaper and have mine sitting at level 75.  It's a class that I've been enjoying almost as much as Samurai so far, so it's possible it will replace Samurai as my melee class of choice.  We'll see.

It also appears that there is some new prologue content in Elder Scrolls Online, so I may need to check that out as well.

That's the update for now.