2019 World of Warcraft Year In Review

This year, I'm continuing with the tradition of the annual year-in-review blog post.  Once again, the family is not off skiing during these last few weeks of the year.  Instead, the youngest Joarlings, who are both competitive swimmers, are spending a few hours each day with weightlifting and swim practice.  So that means we get a blog post summary again this year.

During 2019, I've managed to level 29 characters to 120, giving me a grand total of 39.  I've got one more that I'm working on during the anniversary bonus, and I expect he'll be done by the end of the week, giving me a grand total of 40.  Thirteen of those 29 have been completed during the last two months while the anniversary bonuses have been active.  This has also included getting seven of the eight allied races to max level.  One of my favorite things has been the heritage armor sets for the various allied races. 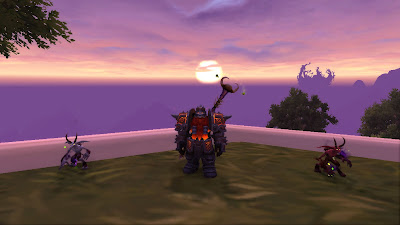 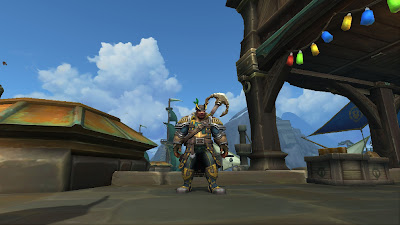 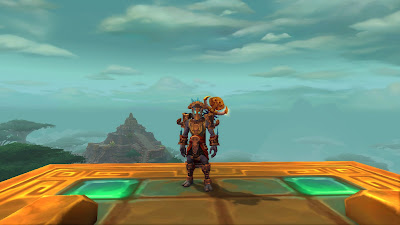 Looking back at last year's update, I had just managed to get all of the professions to max level shortly before writing that update.  I'm nowhere close this time around.  There doesn't seem to be as much need to level the professions.  The fact that you don't have to be maxed in order to train the next expansion's professions really eliminates the pressure entirely.  Right now, I have five professions of the fourteen currently maxed.  I've got one more that will be done soon, but the other 8 may not end up getting finished at all.  There just doesn't seem to be a compelling reason.

In other updates, I've got a Horde and an Alliance character that have both been fully through the current content.  My main has completed all of the raids on LFR and I'm really looking forward to the new expansion in mid-January.

Right now, the big consideration is going to be what to do after the anniversary bonus expires in a week.  I will likely go back to running daily emissary quests on 4-5 different toons.  I may also work on completing the rep for heritage armor sets on a blood elf, dwarf, gnome and paladin.  The gnome has the farthest to go.  There will obviously be new content and new raids with the new patch that will take some time, and I'll at least want to get characters set up for the new allied races.  I'm likely done with leveling until Shadowlands hits though.

I may also spend some time on gold making.  This expansion hasn't been a particularly good one for me from a gold standpoint.  Part of that is I've spent quite a bit on new mounts and on upgrading heirlooms (leveling so many toons is pretty expensive on that front).  I'm still net ahead for the expansion, but not by nearly as much as normal.

So that's the update for 2019.  Hope you'll continue following into the new decade!

Ding. Level 120 #36 is done. Three characters of each class complete.

So I managed to hit 120 on my Highmountain Tauren Warrior yesterday.  It was an interesting milestone because it managed to give me three characters of each class complete, and also finished getting all of the Legion Allied Race Characters to 120 as well.

I'm now left with working on the remaining four Allied Race Characters from Battle for Azeroth.  As noted in my last post, all of those are at least level 60 already.

My plan is to work on the two alliance characters first, simply because I like the alliance leveling zones in BfA the least, and if I'm potentially only going to get two done before the anniversary bonus expires, I'd prefer it be those two.

Also, I've been trying to get a handle on when the experience bonus for Korrak's Revenge ends up being better than leveling.  It is definitely not the case in the 60's and 70's for leveling.  I'm goign to give it another try in the mid 80's.  The leveling in Legion with Treasures and Gorgrond Bonus Objectives is so fast anyway, I doubt that it's faster in the 90's even if it is in the 80's.

I already tested the Highmountain Tauren through Legion and Korrak's / AV is definitely faster than the Legion zones.  The exception is when invasions / incursions are up.  You can always just wait for those and work on characters while those are up, but if you're just powering through, you'll be lucky to get one up anyway.

After I get these guys up to 120, I'll likely to continue to do daily emissary quests on my five horde-side mains but then switch to working on finishing the rep to get the last of the Heritage Armor sets that I don't already have.  Those four are Blood Elf, Dwarf, Gnome and Tauren.  Gnome is farthest away as the highest rep of my two gnomes is at 5,100 / 12,000 towards revered.  The other three are all around halfway to Exalted, so shouldn't be too bad.  One of those two gnomes was a Death Knight, so that's at least part of the reason the rep is bad.