So it was August 1987, and I was disappointed.  Seriously disappointed.  For an artist like David Bowie, clearly Red Rocks Amphitheater (which was coincidentally 2 miles from my childhood home), was the perfect venue for a David Bowie performance. 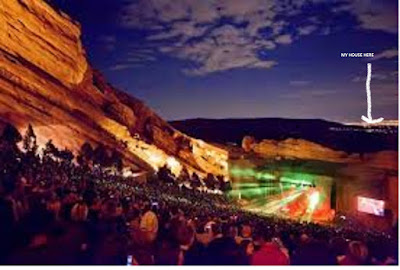 But it wasn't to be. This tour (the Glass Spider tour) was simply too big. Heck, the Serious Moonlight tour hadn't even set foot in Colorado, so understandable that they'd want to reach a wider audience.  so instead, I found myself sitting at Mile High Stadium.  Oh hell yes, I still went to the concert.  I may have been disappointed, but I wasn't nuts.  And it was AMAZING.

So this week, I'll be leveling to the accompaniment of the legendary Mr. Bowie.

So there's been a little bit of progress on the leveling front so far this year.  As mentioned in my "Year In Review" post, I did manage to get toon #19 to 100 before the end of the year, and I also managed to get toon #20, my alliance rogue, to 100 pretty quickly in the New Year.  I'm now working on my alliance shadow priest who is working his way through Northrend.  Next up is going to be the alliance warrior, and then the monk to round out my full set of 11 alliance max level toons.

I may comment more on this later on, but I've been findings a bit rougher going in Northrend leveling dungeons lately.  Things that used to be easy and lots of xp seem to be causing groups a lot more trouble these days.  It's the normal suspects - pulling too much, standing in bad, ignoring mechanics, not staying with the group (general rule of thumb - stay with the tank and healer, not that complicated folks).

I have typically run a lot of dungeons while working through the Northrend zones and then stopped once I hit Cataclysm zones, but I've been looking closely at the impact the new normal is having on my xp per hour, and really debating whether that still makes sense.