With the early access period for Endwalker starting on Friday, last weekend I spent a bit of time preparing for launch.  Having done this with a lot of games over the years, I have a pretty good routine down at this point.  The big points have been cleaning out my bags, making sure I have enough buff food and chocobo greens.  There have been a few other points that have made sense given the changes that they're making: 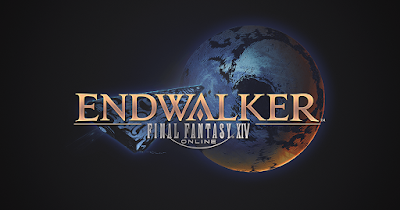 I feel like I'm ready, with one minor exception - I still haven't decided which job I'm going to be playing through the MSQ and initial raid content.  I was originally fully on board with the idea of MCH, but as I've looked at the changes for SMN, and since that was my original max level job, I may decide to continue to proceed with that.  That decision may not get fully made until the moment of launch.  I'm bad with that stuff.
In other game updates, I'm pretty much on track to finish the Heart of Thorns expansion in Guild Wars 2 before Endwalker launches.  I'm still enjoying playing the Necromancer and am looking forward to working through the Living World Chapter 3 when the time presents itself.
In Elder Scrolls Online, I'm also almost finished with the new Deadlands content.  I'm not sure I'm going to get this particular piece done before Friday, but we'll see.  I'm going to prioritize Guild Wars 2 first and if I have time to finish up Deadlands, we'll make that work as well.
That's about it for now.
Cheers,
Joar
at November 30, 2021 No comments:

I made it through Season 2 of Living World in Guild Wars 2 this week and have now started on the Heart of Thorns content.  I'm sure this was all discussed at length back in 2014 when Season 1 ended, but it's actually quite jarring to have it no longer available.  As a new / returning player to the game, it feels really odd to go from the end of Personal Story Chapter 8, to the first first episode of Season 2 where all of a sudden you are thrown in with a completely new group of friends and you have no idea what their back story is or where they came from.

The little cut scene thing explaining Season 1 is completely inadequate to help with any of that. 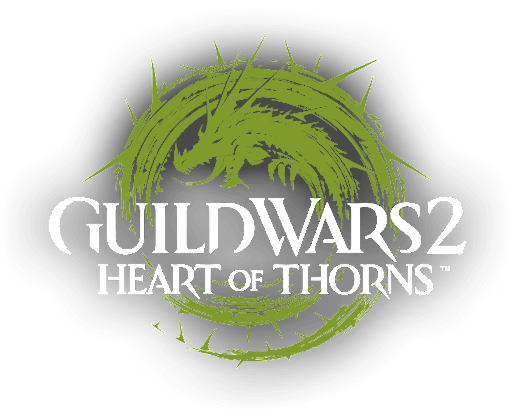 So far I'm enjoying the content on Hearth of Thorns a lot.  I managed to pick up enough hero points in the initial zone to unlock the first part of the Reaper Elite Specialization, but pretty quickly realized that wasn't going to go well without unlocking the full tree for Reaper, which will probably take a while, so back to basic Necromancer I go.

I'm likely not going to get all the way through Heart of Thorns before Endwalker early-access drops in 10 days, particularly with the holiday in between, but I think Guild Wars 2 is earning a spot as my primary back-up during FFXIV down time.

There's new ESO story content.  And I had no idea.  So I've been playing a little back on ESO.  This story takes us into the Deadlands and a new interesting town there called Fargrave.  Our favorite Dremora Lyranth plays prominently in the story.

I had just been working on the next faction for Caldwell's Silver, and put that on pause for FFXIV and GW2, but I'm always up for new content.

I've mostly been slowly working through the Stormblood portion of the Hildibrand quest line planning to finish that off right before Endwalker early release.  I should be in really good shape for that.

I do need to clean up my bags and various inventories a bit before kicking things off for Endwalker, but I don't expect that will take more than an hour or so.

So that's the update for now.

I'm going to start with FFXIV updates this week.  With Yoshi P hinting that something would be done to make leveling alt jobs easier in Endwalker, my motivation to keep working on those has waned significantly.  It's part of the reason that I've taken up Guild Wars 2 again, although I am spending a decent amount of time on FFXIV still.  One of the things that I've been working through is the post-ARR Hildibrand quest lines. 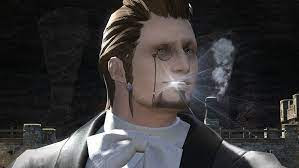 I get so much small joy from these quest lines, I'd really encourage anyone that hasn't been through them yet to give them a try.  The initial quest to start the ARR quest line is called The Rise and Fall of Gentlemen, and is obtained from Wymond, not far from the main aetheryte in Ul'dah.

I'm now finished with the Heavensward portion of the quest line and will be starting the Stormblood piece.  Sadly, there was no Shadowbringers quest line, but it looks like the good Inspector will be returning for Endwalker.

I'm also completely finished with all the main raid content now other than Coils, so I'm going in to Endwalker in a good state.

My ranger hit level 80 and is diligently working through Chapter 8 of the Personal Story, which as it turns out is quite LONG.  I actually went back and ran through the prologues for both Heart of Thorns and Path of Fire to unlock Masteries and also grab the Raptor mount, because there's a ton of running around in Chapter 8.

I really enjoyed leveling the Ranger, but right now at max level, he feels pretty squishy.  I have not unlocked Soul Beast yet or switched to a build using that, so that may help.  In the meantime, I'm thinking about using one of my level 80 boosts on my Necromancer.  After I finish the Chapter 8 on the Ranger, I'd start on Living World Season 2 and Heart of Thorns on the Necromancer.  I did finish leveling cooking on the Ranger as well, which took me all the way from 73 to 80, in about 30 minutes.

This game is filling a nice void while I'm waiting for Endwalker to come out, so I really appreciate it for that.

That's the update for now.

Diving Back Into Guild Wars 2

It's been a bit longer than normal since I've posted here.  Most of the last month or so has been a mix of Guild Wars 2 and Final Fantasy XIV.  And overall, it has probably been quite a bit less play time than normal because of some other real life commitments.  The middle Joarling is a senior in high school this year, so that means we've been working through the whole college application process for the last few months.  Swim season for the kids is also in the full swing, which also means a lot less time.

I did manage to get my Gunbreaker to level 80 and also completed all of the Shadowbringer role quests.  I've been doing a little bit of leveling with most of my other jobs that are not yet at 80, but just a little bit of a time with each one, so they're all right around the mid 30's now.  After hearing that leveling alt jobs will be easier in Endwalker, I figured it didn't make much sense to make a big push to get a few more there before Endwalker drops in a few weeks.

I'm also almost finished with the Omega raid.  I only have the very last boss / wing to complete.  Other than the Coil of Bahamut stuff, that means I'll be completely done with all the raid content.  So I'm feeling pretty good about where I've set myself up going into Endwalker.  I'll be working through the MSQ on my Machinist, who I've really been enjoying lately.  It feels like they're making Summoner even more complicated, and it seemed crazy enough.

This is a game that I've never successfully gotten into for any length of time.  Prior to this past month, the highest I'd ever gotten was level 20.  But I thought I'd give it another try and it seems to have clicked with me this time for some reason.  I think the personal story quest concept is new from when I first tried it, so that has definitely helped.  I've now managed to get my Sylvari Ranger up to level 72, so I'm almost at max.  I need to finish the level 70 personal story quest chapter, which seems quite long, and then I'm going to level up cooking to get the rest of the way to 80.

I've been enjoying it a lot and am really looking forward to the new expansion coming out next spring.  I've got a few other alts along the way that I may try a bit as well, although given how low level they all are, I may just restart them from scratch to make sure that nothing bugs out.

That's it for now.  With Endwalker releasing soon, and college applications mostly done, I should be able to get back to posting more regularly!