Since 8.2 came out, I've been diligently grinding out the rep during the days that I have play time available.  That tends to be 3-4 days a week during a busy summer, give or take.  While quite a few people already have flying unlocked, I'm about halfway to revered with the Unshackled folks and about 1/3 of the way there on with the Rustbolt crew.  I'm guessing I'll have flying unlocked sometime next week.

So here are my thoughts so far. 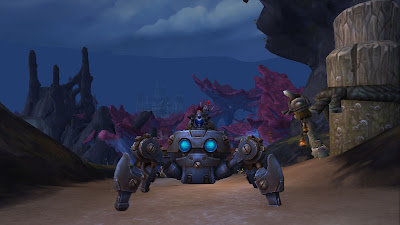 Love this guy.  Seems kind of like something you had to pay 1 million gold for in Legion, so even better that it was a free drop. 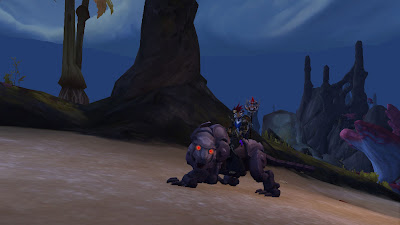 Still need to pick a pretty color for this guy, but love the mount.

So I think overall I'd give it good reviews.  The things that I'm really enjoying slightly outweigh the things that are pissing me off.  And as gated rep grinds go, it's not the worst they've ever done.\

I've finally gotten to the point where I'm finishing my rep grinds on Nazjatar and Mechagon with some time left over to continuing leveling my allied race toons.  I got the Void Elf Monk to 110.  He's the third allied race toon to make it to that point.  The Highmountain Tauren Warrior has moved up to around 82.  Everyone else is basically right where they were from the last update.