I used to do these year in review posts every year, and just noticed I haven't done one since 2015.  Going back and looking at my calendar, I think it's actually because I was off skiing with the family that past two years, so I suppose that's a reasonable reason to miss it.

But some IRL work stuff has me stuck this year, so at least we'll get a year in review blog post out of it!

2018 has been a pretty productive year from a leveling standpoint.  When last year finished up, I had just finished getting my 26th toon to level 110.  I ended up doing 7 more over the course of the rest of 2018 before Battle for Azeroth came out.  I also managed to finish up all the professions for Legion in 2018 as well since I had put that off longer than I ever had before.

There doesn't seem to be quite as much to do on quite as many toons at end game this time around, so I'm finding that has given me more time for leveling alts in Battle for Azeroth.  I have managed to get 10 different alts to level 120, and the 11th is about half way there.  For comparison purposes, at this same point in Legion, I only had 7 alts done, so we're running pretty far ahead of the normal pace.

That's really the update.  Once the current toon (Alliance death knight) is done, it'll be back to the Horde side with my goblin warrior.

So I managed to finish toons #8 and #9 since my last blog update.  The mage was fine right up until the last 2 levels or so where the scaling seemed to be get a bit off, my ice shield turned to paper, and the last two levels became a constant corpse run.

Got through it though.  What only kills you a dozen times or so makes you stronger.  I guess.

Also started on the plan of switching between Alliance and Horde, so went back and did my alliance warlock, with War Mode on, just for something completely different.  Only got killed by the Horde twice during the entire 110-120 leveling process. 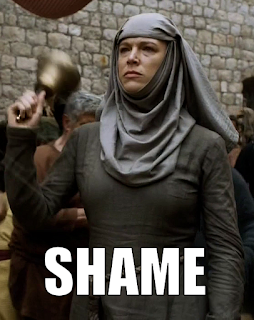 It didn't really seem to speed up the time significantly at all.  I also leveled as Demonology, also just to change things up a bit, and did some battlegrounds since I was in PvP mode.  So the mage was 14 hours and 15 minutes played, and the alliance warlock was 16 hours and 2 minutes.

Keep in mind, I do a lot of screwing around while leveling so these are intended to be casual times, not leveling speed records.

I'm back to Horde side now and working on the monk.  Not sure I'm liking leveling as Windwalker this time around, so I've been switching back and forth to Brewmaster on and off.  He's sitting at 114 now and just starting on Nazmir, so we'll see how things go as he gets closer to 117/118.

I'm looking forward to checking out the new content in 8.1 once it drops.  I think pretty much all of it should be available to me right away.  I realized as I was looking things over that I didn't have a Dwarf that was exalted with Ironforge or a Blood Elf that was Exalted with Silvermoon, so I've grabbed some tabards and I've been running a few dungeons, both to gear those toons up and to rectify that so I can hopefully grab those heritage armor sets sometime soon after they're available.

My primary alliance character is also pretty close to having all the key alliance reps at Exalted.  So should be able to grab my extra horses soon, along with the Dark Iron Dwarf allied race. So more to come on that!